COVID-19 Worsened the Opioid Crisis. Meet Someone Determined to Flip the Script. 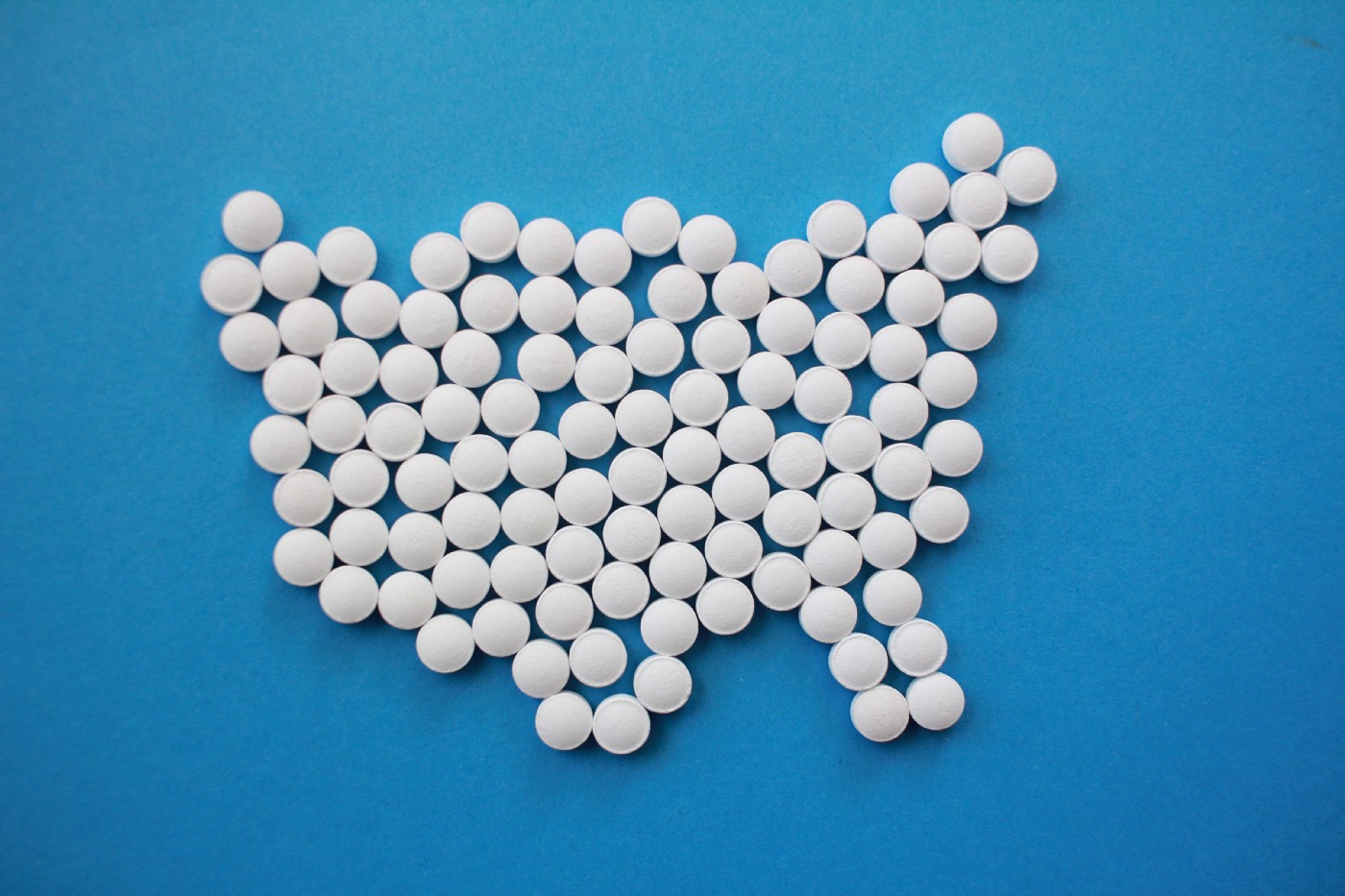 Opioid deaths were high before the pandemic, then things got worse. 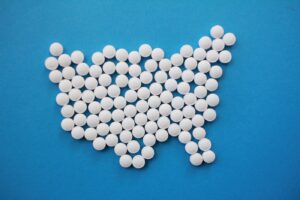 Opioids accounted for about 70% of all drug overdose deaths. And of particular concern, opioid overdose deaths from black and Latinx communities increased by more than 40% year-over-year since the pandemic (increase).

There is no doubt this is a complex problem with many behavioral, social, and health variables. We know the pandemic hasn’t done us any favors in addressing those issues either, what with increased social isolation and an uptick in despair. Still, there are many trying to address the problem head on, even during the pandemic. I am proud to know one of those people.

Over the course of my career in technology and healthcare, I’ve had the privilege to meet a number of outside-the-box thinkers, people who took a hard look at the most pressing problems and dedicated their particular genius and a team approach to solving those problems. Among those most pressing problems is the opioid epidemic. Among those outside-the-box thinkers who have taken a team approach to solving the problem is Justin Moore, the CEO of the American Physical Therapy Association (APTA).

The facts of the opioid crisis are well-known to many in the medical field. The majority of Americans will struggle with pain, most notably low back pain, at some point during their life. Of that majority, most will first see their primary care physicians for pain management. In modern healthcare, primary care physicians often turn first to pharmacological solutions, namely, writing a prescription for opioids. And once a patient turns to opioids, there’s significant potential for addiction. In fact, some claim that as many as 20%-30% of people who use prescription opioids misuse them.

Moore believes there’s a better way. Physical therapy, he says, can be used before either pharmacological or surgical interventions to treat pain, and this approach advances better long-term outcomes for the patient. In fact, a study conducted by the Moran Company indicated that

So why doesn’t the healthcare industry mandate (or at least include) physical therapy before pills are prescribed, particularly when the outcomes prove its efficacy?

It’s a segmented approach to pain management, he says. A prescribe-first, cut-first, rehabilitate later approach. This course of treatment has exacerbated opioid addiction in America. But if the medical community could be more integrated, if physical therapists could be brought in much earlier in the process, he believes opioid addiction could be reduced dramatically.

In an effort to support his hypothesis with numbers, he sends me a series of medical studies to review.

Moore, the American College of Physicians, and the Centers for Disease Control recommend non-pharmacological treatments for low back pain like physical therapy, exercise, and massage. In fact, these organizations recommend that opioids should not be used until these sorts of less-invasive treatments fail. Why? Because these same studies show that patients who first visit a physical therapist for low back pain experience relief from their pain, are less likely to experience short term and long-term opioid use, and ultimately spend less money on long-term care. Put another way, their health outcomes are much better.

The takeaway? We have an opioid problem here in America, one that’s an enormous drain on our economy. And why is it so prevalent? Moore indicates that it’s because the American healthcare system has taken the wrong approach to treating pain. Physical therapy for low back pain is historically an afterthought, he says, even though involving physical therapists at the earliest stages increases mobility, stimulates healing, and often alleviates the need for surgical interventions or chemical pain management.

Moore has helped me better understand America’s Problem Zero — the foundational problem that threatens survival — as it relates to early alternatives to the opioid epidemic. As he defines it, the Problem Zero is the over-prescription of opioids in modern America and underutilization of better, proper interventions. And if the science shows that physical therapy might be part of the solution to this Problem Zero, one question seems obvious: How can Moore and others get physical therapists involved earlier in pain management cases?

Moore and his team are pushing for change. Taking a team approach to solving their Problem Zero, the organization is lobbying for policy reforms, pushing insurance providers, lawmakers, and regulators to use alternative interventions as a frontline treatment for chronic and low back pain. Second, the APTA is investing heavily in health research in an effort to show that every dollar paid for physical therapy before pharmacological and surgical intervention saves multiple dollars to the healthcare system and the patient, including addiction-related treatments. Finally, the organization encourages healthier lifestyles via a public relations campaign promoting exercise, better diets, and physical therapy.

Moore is taking a novel path to tackling the opioid epidemic. He sees how the healthcare industry’s nonintegrated approach to chronic pain exacerbates the opioid epidemic; he’s asking “What ought to be true?” The answer to the question is simple: Physical therapy can play a role in reducing that epidemic. So, with a clearly defined Problem Zero, an imagined better outcome, and a plan of attack for achieving that outcome, he’s gotten to work. He’s attempting to restore the virtuous cycle to healthcare, the cycle that treats the patient as a whole person. He’s taking something that’s broken — the healthcare system as it relates to opioid addiction — and recreating something better. And though the change is incremental, though it takes buy-in from a lot of people — surgeons, pain-management professionals, pharmacists, and physical therapists — he’s already seeing results.

Failure is a fact of life. It is painful. But it’s not uncommon. Failure visits businesses, neighborhoods, political parties, and entire systems, like the healthcare system. And though there can be many reasons underlying any failure, they all have one thing in common: there are flaws in the system.

When a system is failing, it needs people who are willing to rethink and reform the system. It needs what I call “Refounders.” Moore is just this sort of person and is leading this kind of organization. He has clearly defined his industry’s Problem Zero, and he’s taking a Refounder’s approach to answering that question. He’s asking what ought to be, asking, “How can we introduce physical therapy earlier in pain-management cycles to reduce resulting opioid addiction and surgical procedures?” With a clearly defined Problem Zero, an imagination for a better future, and a team dedicated to making change, Moore believe’s he’ll achieve better outcomes.

It’s an approach to life that should inspire all of us to identify what’s wrong in our worlds, clearly define it, imagine what’s possible, and gather a team to solve the problem. In Moore’s case, he’s doing that by examining the role physical therapy could play in ending the opioid epidemic. What about you? Take a few minutes and ask yourself: What’s broken, and how could it be made better? Then take a page from Moore’s playbook. Define your problem, imagine what ought to be, and let’s get to work. 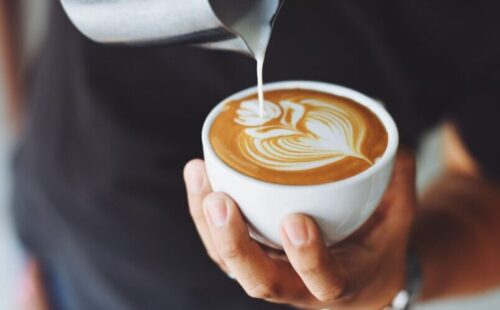 Great culture has always benefited from curation and exposure to new things. That’s one of the reasons I love craft coffee. While the Keurig machine brought with it some… 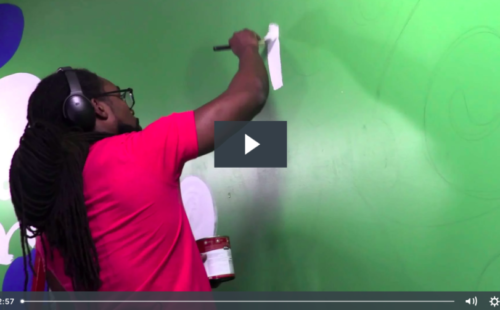 The people you work with have some pretty amazing talents. But, why do we keep parts of our lives partitioned off?  Why has it been de rigueur to separate… 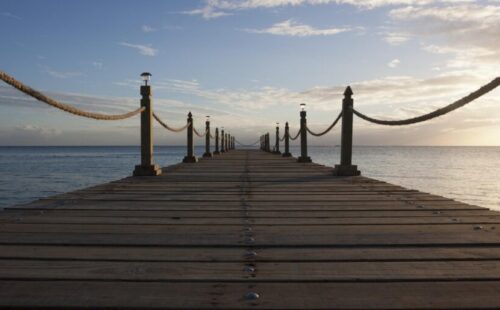 In my mid-twenties, at a struggling tech company, I was moved to an inflection point, a decisive moment. The chairman of the board was on the other end of…